In the lead up to the inaugural Art Basel HK fair, the Hong Kong art world has been a flurry of activity in recent months. Art, it seems, is the zeitgeist, and it’s big business. A number of other art fairs have inevitably sprouted up, including
the recently launched Affordable Art Fair, Hotel Art Fair,
and the Asia Contemporary Art Show, also taking place in May.

Hong Kong has established itself as one of the top cities in which to buy and sell high-end contemporary art on the secondary market. Post 2008, auction sales are still strong, with several Chinese artists still commanding record-breaking prices, including Zhang
Xiaogang, and Zeng Fangzhi who have earned their place amongst the top ten list of living artists commanding more than $10 million per work at auction. According to Artprice, “since 2011, 45% of the proceeds from worldwide auctions of contemporary art have been achieved in Asia … a large proportion of these sales are made in Beijing and Hong Kong (76%)”. Hong Kong, states the report, is now providing Christie’s with 21% of its contemporary art sales and Sotheby’s with 29%. Today Hong Kong is the third largest auction market by
auction sales after New York and London.

The secondary market shows no sign of slowing down. Several new auction houses have also
popped up to take their share of the market. Poly Auction’s new gallery opened recently- hosting exhibitions, lectures and art events. China Guardian, China’s oldest auction house, continues developing it’s business in Hong Kong after it’s first auction outside of the mainland last year. “History proves that the market grows faster and larger when there are more players involved. We welcome competition in the industry,
and we think it is a positive development for the art and auction market in general”, explains Francois Curiel, President of Christie’s Asia. Nonetheless,
the market still feeds the hunger for big-ticket artists and auction houses have been slow to include local Hong Kong artists in their sales.

Katie de Tilly, owner of local Hong Kong gallery 10 Chancery Lane, notes that the Hong Kong art market is still largely buoyed by mainland buyers, and emerging or lesser known artists have yet to be embraced and supported by local collectors. “China has a lot of disposable income but little contemporary art understanding. I feel they are playing it safe by following high hitters in the auction market or ‘brand’ art. With a lack of institutions educating on visual culture, it will take time for real collectors to emerge in numbers from the growing middle class.”

The two major international auction houses, Sotheby’s and Christies’ put down roots in the city in 1973 and 1986 respectively and have played an instrumental role in developing the art market. However, that has meant that the Hong Kong art market has been largely defined by the secondary art market, rather than growing organically from a primary source of
galleries and artists’ studios. With the inclusion of more and more art fairs and galleries in the market that is set to change.

2008 saw one of the first major international galleries, NY and LA based Sundaram Tagore, opening its Hong Kong branch. This signalled the beginning of a wave of international galleries opening up branches on our fair shores. French fine art
dealer Edouard Malingue and Pascal de Sarthe set up their
eponymous galleries in 2010. Since then the city has seen a rapid proliferation of major international galleries with White Cube and Galerie Perrotin taking up residence in a conveniently situated building across from the International Finance Centre. Another recent addition is Yallay Space in Wong Chuk Hang, borne out of a partnership between London’s Fabio Rossi from Rossi and Rossi and Hong Kong based Chinese art specialist Jean Marc Decroup. “I have been dealing in Asian art for over 25 years and have known Hong Kong for almost as long”, states Rossi of the expansion.

Hong Kong’s iconic Pedder Building, once the home of Shanghai Tang and a collection of low-end schmatte shops has been transformed into six newly renovated and sleek floors of art. Out went the assortment of small shops and in with high-end retailers and art galleries (and even higher rents). Ben Brown Gallery, owned by Hong Kong native and London
gallerist Ben Brown was the first to nestle down in the building in 2009, while Gagosian took the top floor in 2011 leading to an inevitable domino effect of galleries setting up shop in the iconic building.

Now the building also houses Simon Lee, Pearl Lam, a newly expanded Hanart TZ and the recently opened Lehmann Maupin gallery who commissioned star architecht Rem Koolhaas to design the space. For founder David Maupin, the move into Hong Kong was a logical next step. “I was travelling to Asia once a month. It was a lot. It became clear that it would be great to have a more permanent presence. I think when you also have a gallery or an office, you’re kind of forced to confront the place and the region in real time and take your relationships there to another level.”

Although it may be all about international galleries at the moment, not to be overlooked are Hong Kong’s local galleries, which have been crucial to the promotion of local talent and the development of the art scene in this city. Hanart TZ, owned by respected art world figure, art pioneer and champion of local and Chinese art, Johnson Chang, has been a pivotal force in the HK art scene since 1983 when the gallery was first established. Grotto Fine Art has been providing a platform for under-represented Hong Kong artists for a decade now, with exhibitions by sculptor Danny Lee, Angela Su, Wilson Shieh, and Chow
Chun-Fai, to mention just a few. 10 Chancery Lane Gallery, which was established in 2001 has focused on established and emerging international artists, with a particular focus on South East Asian artists such as Cambodian born Sopheap Pich, renowned Chinese artist Wang Keping, and Indian artist Sonia Mehra Chawla.

A little further out from Central is 2P in the hip Sai
Ying Pun area. The first Hong Kong gallery to feature at Art Basel Liste in 2012, this tiny gallery exhibits local artists like Morgan Wong and Magdalen Wong and is frequented by the city’s curators and local art denizens. In the industrial neighbourhood of Wong Chuk Hang, Gallery Exit exhibits cutting edge multi-media work and installations by local artists. Even further out in Chai Wan an art revolution is quietly taking place. Lured by cheaper rents and larger spaces, curators, art advisors, writers, artists, gallerists and designers have taken up residence in the city’s answer to the meatpacking district (sort of). 10 Chancery
Lane set up its annex 10 Chancery Lane Art Projects in one of the high rise industrial buildings allowing it to mount larger scale installations and shows and AO Vertical Art Space and Photo Book Centre showcases photography by local and Chinese artists in its ‘vertical flow’ gallery space.

Platform China, which has been a feature of the Beijing art scene since 2005, also opened a gallery space in the area last year, bringing with it a program of Chinese art and installations. Claudia Albertini, the gallery’s director says that they decided to open in Hong Kong, “with the aim of expanding our platform towards a more central and international scene and providing our artists as well our project more visibility. The Hong Kong art market is expanding and grounding its solid position on the international art
market.” However, like de Tilly, Albertini believes that collector culture is still developing in Hong Kong. “It will take a little while before it will guarantee its strength. The Hong Kong art market is still quite influenced by the mainland, which might work in both
positive and negative ways.” 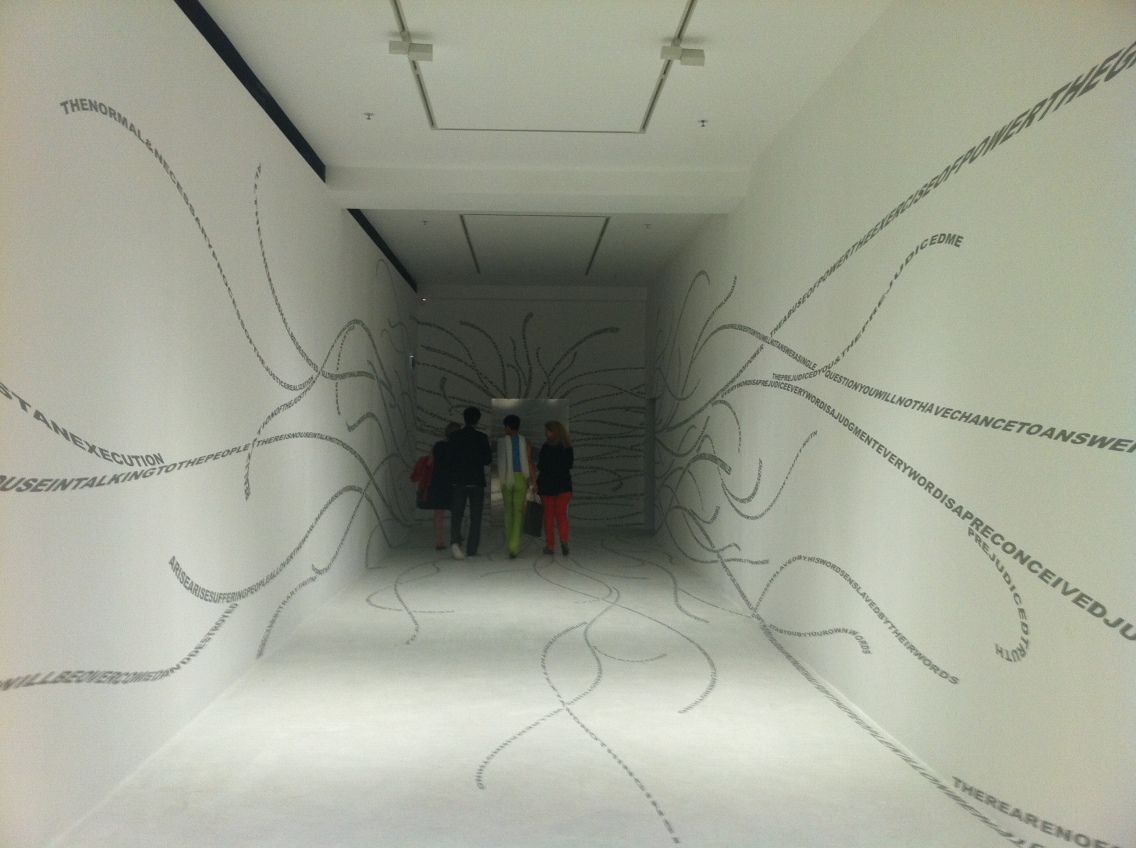