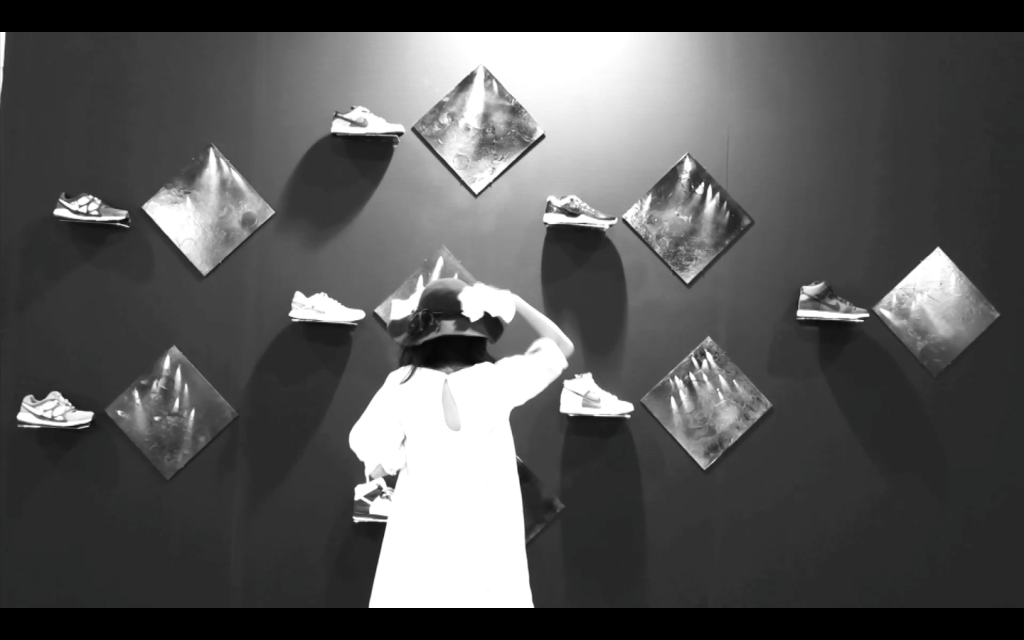 No sooner had we recovered from one art week and whipped up a chia seed green smoothie than we’re in Berlin Biennale week, and in Basel for yet another fair in two weeks time. Some of us are probably feeling a little art fatigued. After all this maybe an art detox will be required. In the meantime a chuckle may help you get through it all.

Award-winning Hong Kong-based filmmaker Christopher Doyle, and young up-and-coming filmmaker Jenny Suen, have put together ‘Allergic to Art’. A Chaplinesque romp through Art Basel HK the short film sees Suen suffering for her art as she sniffles and sneezes her way through the fair, leaving a trail of tissues in her wake.

The inspiration for the black and white short film came, as inspiration so often does, after a night of liberal imbibing. “I was hungover when Chris sent me a message saying that he was at the Convention Center and sneezing from the air-conditioning”, explains Suen. “So we decided to make a film about the ‘side-effects’ that we suffered during Art Basel. I love the fanfare that the whole event brings to Hong Kong… but after all those white walls and black suits, there’s only so much you can take before you reach for a box of tissues, and sneeze.”

About the film Doyle adds: “I have always hesitated to call what I do ‘art.’ To me, most so-called ‘video art’ is what I do every minute of every day on a film set… only it is slowed down a lot, and more self indulgent. The only difference is packaging. That’s when the metaphor became apparent; the point is we are all just tissues and art marketing is a tissue box.”

Suen, who previously produced Doyle’s short film ‘Hong Kong 2014- Education For All’ (2013), and Doyle, who is acclaimed for his cinematographic work for Wong Kar Wai on ‘Chungking Express’, ‘Fallen Angels’ and ‘In the Mood for Love’, are also currently collaborating on a feature film titled ‘The White Girl’. Stay tuned for more.