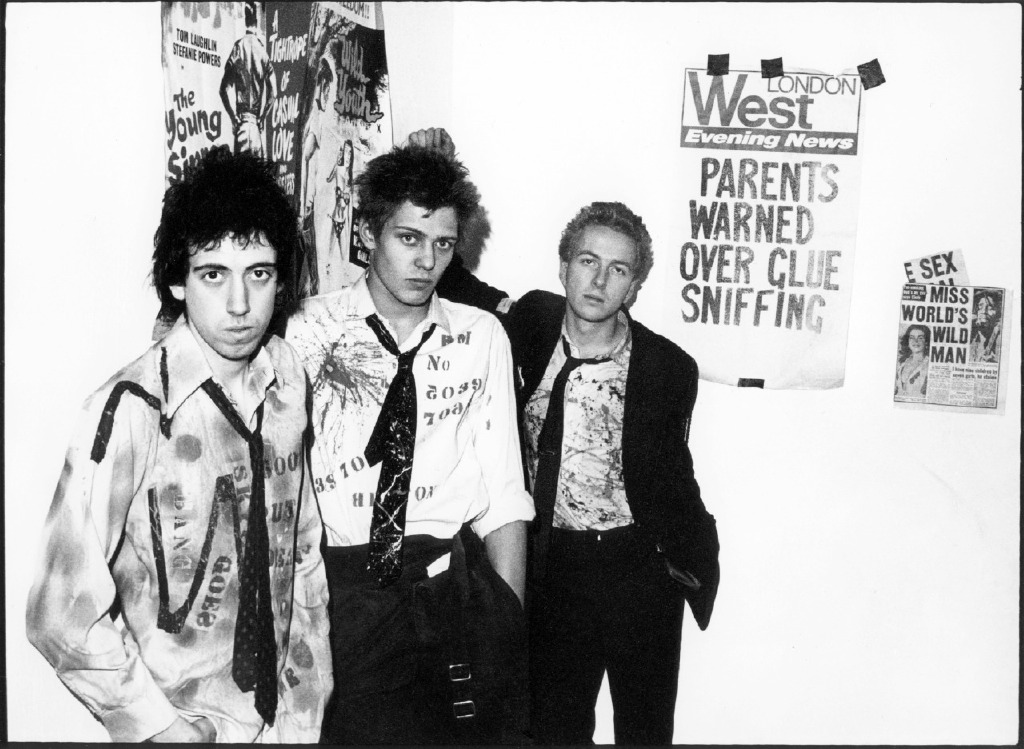 American- born photographer, Sheila Rock, has a knack for being in the right place at the right time. During the week of her arrival in Hong Kong for the launch of her exhibition ‘PUNK+’ at Agnès b., Hong Kong’s pro-democracy protests are in full swing, with main arteries of the city occupied by thousands of student protestors and their brightly coloured tents and umbrellas.

“I feel like I’ve come to Hong Kong at a historic moment,” she remarks. “This is all a bit punk too, isn’t it?” Well, these are a bunch of peaceful, polite and nerdy students protesting for democracy, I say. No wild antics and anarchic shenanigans here. “The punk scene had innocence to it in the beginning too,” she explains. “But it soon became embraced by the media and made into a provocative aggressive movement, which it wasn’t in the early days. It was very art school based and about young people trying to find a voice.”

Rock (yes, it is her real name), who has been based in Britain since 1970, has been an influential force in shaping the look of magazines like The Face, and has enjoyed a successful career covering a wide spectrum: photographing for the music industry; the West End theatre; the Royal Opera House where she’s worked with renowned New Zealand-born soprano, Kiri Te Kanawa; the Barbican; and also advertising and design agencies and periodicals. But it is for her fly-on-the-wall photos documenting London’s raw and creative ’70s punk movement that Rock has gained international attention.

‘PUNK+’ chronicles a key shift in British street fashion, providing fascinating insights into the revolutionary urban youth movement that went on to re-invent music culture and deliver sweeping changes in the world of fashion. The exhibition includes photos of some of the era’s most iconic punk (and New Wave) bands including The Clash, Sex Pistols, The Cure, Siouxsie and the Banshees, and Chrissy Hynde from The Pretenders.

Photography wasn’t a deliberate career choice for Rock. “I wasn’t a photographer; I was married to someone starting to become a photographer”, she explains. “He was on assignment for Rolling Stone magazine and we met David Bowie, just before he was Ziggy Stardust, with whom he went on tour. That was my first intro to the mad circus of rock’n’roll: poets, transvestites, mime artists, musicians. It was an incredible group of people, and it was great fun. We were on the road coast-to-coast, and ended up in New York at Max’s Kansas City. I met Blondie, Patti Smith, saw The Ramones at CBGB…” she recounts.

After moving to London, armed with an inherited Nikon camera, Rock started photographing everything she saw, experimenting with technique and learning about the medium along the way. The punk movement that was fermenting in London at the time “was provocative but very innocent,” Rock recalls. “We were all so young and just interested in being creative, and showing each other different new cool things. It was like the Wild West then. There were no restrictions; people could try new things. Punk was about trying to show a little bit who you were. For me it was positive and about being self-expression– dressing up and showing off and trying to be different with very little money.”

Full of “eccentricity, theatricality and expression” punk exploded onto the London scene during a period of economic and political difficulties for Britain: energy crisis; miner strikes; a financial crash and inflation. “It was youthful exuberance at a time when London was so gray,” says Rock. But Rock was no punk herself; slight, perfectly composed, and elegant, there are no piercings or faded blue ink snaking its way down her arms, hinting at a misspent rock’n’roll youth. But she was always attracted to the underground and the ‘mavericks of society’. “I found it fascinating and colourful when everything in London was so beige, normal and straight.”

Rock’s book release and exhibition tour couldn’t have been better timed; last year the Met in New York staged an exhibition of punk fashion, and next year will see the 40 year anniversary of punk. On top of this, award winning director Martin Scorsese is set to make a film about New York’s Ramones, to be released in 2016. Punk’s not yet dead. Not by a long shot.