Large sacks of flour from the factory-scale bakery next door block the entrance of collector Alan Lau’s studio as I squeeze past. Part design den, part cool bachelor pad, the industrial space is bursting with art. A Lee Kit fabric work rests on a low table; on another surface sits a cluster of sculptor Liu Jianhua’s ‘blood’- filled celadon bowls, and a large Chow Chun Fai film-still painting with subtitles hangs in the background. Behind a dividing wall, a kinky looking life-size figure, titled ‘Play-20121109’, by Chinese firebrand Xu Zhen dangles from the ceiling.

A management consultant by day, Lau caught the collecting bug nine years ago while hunting for a painting for his new office. Since then he’s been acquiring art with the fervour of a religious convert. Set up last year, his Wong Chuk Hang studio accommodates his ever-expanding collection, spanning more than 100 works. “Before this, I had a warehouse to stock stuff,” says Lau with a grin. “Now at least I can put some of the works up, though even then it’s not enough.”

Now among Hong Kong’s most prominent collectors, Lau sits on the boards of Tate’s Asia-Pacific Acquisition Committee and Hong Kong’s esteemed non-profit space Para/Site. He recently made headlines for donating the controversial work ‘Guards Kissing’ by Tino Sehgal to M+. Yet to be staged, the performance piece will involve two museum guards engaging in a spontaneous kiss in the new institution.

Unerringly polite and accommodating, Lau, whose preternaturally youthful appearance belies his 39 years, talks us through his collection and what makes him tick.

What kind of work do you collect?
Alan Lau: For most people, what they collect is very personal. For me, it’s a few things. One is technology, which is my line of work actually. I like things that reference technology, for example Jon Rafman or Nam June Paik works. I also love calligraphy, like the works of Xu Bing and Qiu Zhijie, and in some ways Chow Chun Fai with the characters. I’m fascinated with the Chinese language.

The other thing that interests me is the urbanisation of China, from works by Ai Weiwei, his protégé Zhao Zhao, and Cao Fei. And sometimes you’ve bought work and you find a new theme you were subconsciously collecting, like sex actually. Like the Xu Zhen piece ‘[Play- 20131109]’, which, to me as an Asian, looks like Japanese AV or S&M.

Whose work do you currently find interesting?
AL: Zhao Zhao, Lee Kit, of course. And Xu Zhen, from MadeIn. I’ve also just commissioned my first piece: I asked Tozer Pak to come in and create for the space with words wrapping around the walls.

Do you feel a sense of responsibility to the local art scene as a collector?
AL: Yes, very much. There are pieces that you feel an obligation that they stay on and outlive you. One of the works [I own], a set of Ai Weiwei’s Colored Vases, is 5,000 years old. It has outlasted me and will outlast me.

Tell us about why you chose to donate the Tino Sehgal performance work to M+?
AL: The Tino Sehgal piece is one to be experienced. I feel that having something like that in my collection, where nobody can see it, is doing the artist a disservice. He hasn’t shown that much in Asia until the recent Beijing show. I think it’s such a different form of contemporary art that I believe more people in Hong Kong and China should get to see it. I’m very happy that M+ accepted it. I’m sure they’ll give it a life of its own.

What are you looking at acquiring next?
AL: A lot are artists I’ve already collected. I’m looking forward to the next Sun Xun show in Hong Kong, and the Kwan Sheung Chi show at Para/Site at the end of the year – I have his work. I’m considering a couple of Danh Vo pieces. I’ve got the ‘We The People’ Statue of Liberty pieces, but they’re still with the gallery. A lot of stuff is arriving in May because all the galleries are shipping over their works for Art Basel Hong Kong.

What are you looking forward to at this year’s Art Basel HK fair?
AL: The ancillary shows are something to look forward to, and Para/Site’s going to have a great show. It’s going to be about sex; it’ll be great [laughs].

Do you travel much for art?
AL: 2012 was a crazy year. I did eight fairs, like a freaking gallerist. That’s crazy! Last year I cut down and did Art Basel, Art Stage Singapore, Art Basel Hong Kong, Art Taipei and Tokyo. I did five or six.
I’ve always loved [Art Fair] Tokyo. It’s so different and so small. It has a mixture of different things – Japanese antiques, old books, posters. I like it being quirky rather than the same usual big names.

What’s your advice for budding collectors?
AL: The cliché would be collect what you want. The one that I learned from painful experience is to just set aside a budget and allow yourself to make mistakes. Because you will. 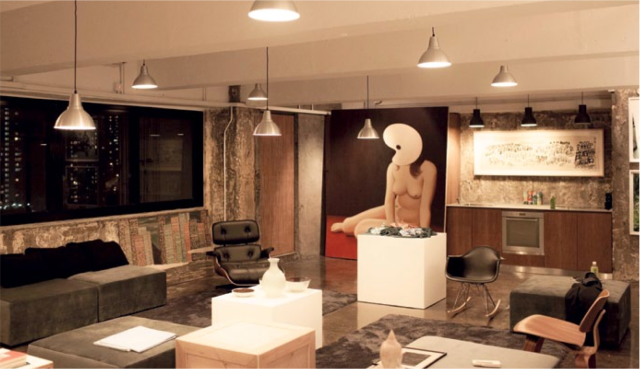 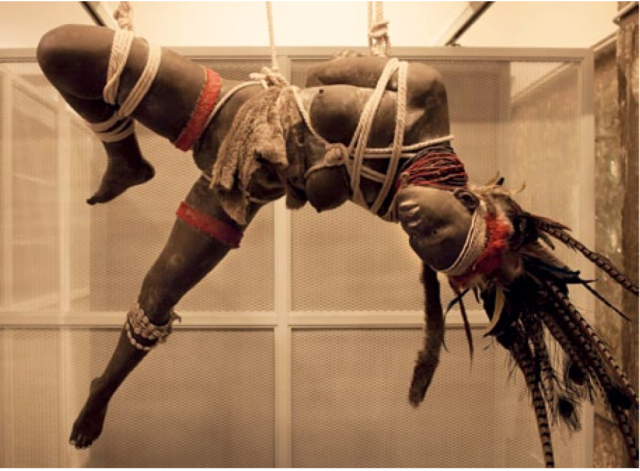