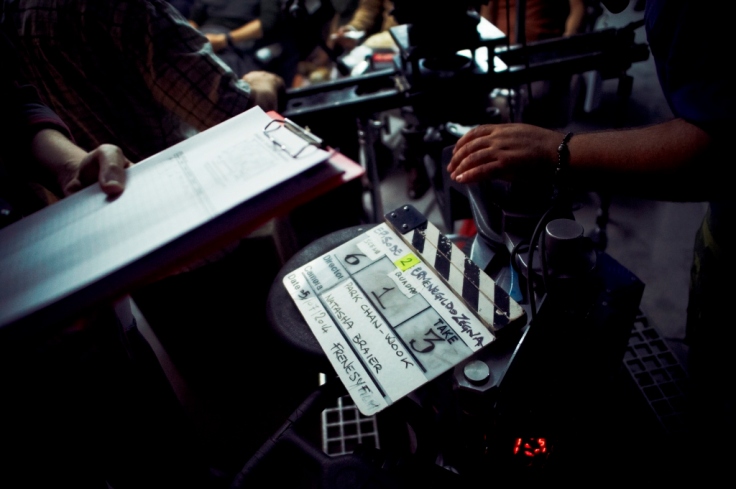 Luxury fashion houses have long courted artists and photographers to collaborate on creating a more cutting edge image for the brand and lend a bit of artistic cachet. But the last few years have given rise to another collaborative partnership, luxury brands teaming with filmmakers to create mini films that convey the brand’s message without overtly selling a product as much as an ad would.

The latest luxury brand to marry fashion with film is Ermenegildo Zegna. The men’s luxury brand, now helmed by former YSL designer Stefano Pilati, has enjoyed decades of success in the Chinese market; Zegna was the first luxury men’s brand to open a fully owned shop in Beijing in 1991 and now has over 70 point of sales across the region.

In place of boring campaigns, these collaborations use a cast of renowned film stars and directors, and a script governed by plot rather than a montage of product shots. Film and fashion have always been familiar if uneasy bedfellows– fashion being ever immediate in nature, while film is captured for eternity.

Last year Dolce and Gabbana hired the irrepressible legendary filmmaker Martin Scorsese to create a three-minute video for their latest fragrance campaign. Chanel hired British director Joe Wright to direct two films, one starring Keira Knightly, and the other Brad Pitt. And Gucci has previously employed the talents of James Franco as both star and director of a short for their sunglasses.

It’s no surprise, considering the brand’s history, that Zegna’s recent announcement of a film collaboration with a renowned director has a decidedly Asian flavour to it. Directed by Korean film maker Park Chan-wook (of Oldboy and Stoker), the film, which will be Chan’s first foray in the fashion world, will feature the talents of Japanese script writer Ayako Fujitani (Ritual and The Doors) and Korean Chung Chung-hoon (Oldboy and Sympathy for Lady Vengeance) and will star Hong Kong actor Daniel Wu (Blood Brothers, Overheard) as well as British actor Jack Huston (American Hustle and Boardwalk Empire), who are both cutting dashing sartorial figures dressed head to toe by Zegna in the film.

Entitled A Rose Reborn, the collaborative movie will feature three episodes in addition with a special finale. Set in London’s financial district, the film, interwoven with Chan’s hallmark symbolism and conceptualized with Zegna designer Stefano Pilati’s assistance “move[s] away from the concepts of the traditional gentlemen, the traditional rich, the elite and the people in power, to arrive at the concepts for the more evolved, new breed of elite, people in power…the new leaders, and the new gentlemen,” states Chan.

For fashion, film brings clothing to life, capturing the movement and texture of a garment as it is worn. Luxury brands like Zegna have recognised the power of film to capture the essence of the brand and tell a story that can connect with audiences on an emotional level. The three-episode movie will be released throughout September and October online on Zegna’s website, with the final episode premiering during the closing event of the Shanghai Fashion Week on October 22.