Start typing and press
Enter to search
Skip to content

‘What we call organic architecture  is no mere aesthetic nor cult nor fashion  but an actual movement  based upon a profound idea  of a new integrity of human life  wherein art, religion and science are one:  form and function seen as one.’ – Frank Lloyd Wright

Driving down the Swiss autobahn last month on our way to Art Basel (fun, fun, fun!), we took a little diversion through Dornach, a village just twenty minutes away from Basel, in search of, well…an almond milk latte. My companion assured me that if I was to find it anywhere in Switzerland, it would be here. In this sleepy little village—resembling a hobbit playground populated with biodynamic-farming Birkenstock-wearing hippies (with socks, because you know, Germans)—rests the Goetheanum, a masterpiece of 20th century Expressionist architecture, and the heartland of the Anthroposophic and Rudolf Steiner movement. Perched atop a green hill, the Goetheanum is a defiant and out-of-this-world sculptural concrete structure—a little bit Albert Speers-meets-Gandalf—that stands out starkly from the surrounding Birs valley.

Named after German writer, Johann Wolfgang von Goethe—who Steiner believed embodied the union of intellectual, emotional, and spiritual aspects of humanity—the Goetheanum was built as a Gesamtkunstwerk (a total and all-encompassing work of art synthesizing diverse media), fusing the living organic and art to make the spiritual part of everyday life. The building was intended as the sacred site from which the teachings of the Anthroposophic movement would spread out into the world. Today the building houses a lecture hall, a performance stage, the Free School of Moral Sciences and the General Society of Anthroposophy. There’s also an Anthroposophic bookshop, so you can brush up on your Eurythmy, or pick up a copy of one of over 6,000 lectures by Steiner, and books covering everything from medicine, education, nutrition, biodynamic farming and art.

Like the arts and craft movement preceding it, Anthroposophy strove to restore craftsmanship and a non-standardised design in architecture. A characteristic of the movement’s architecture was an absence of right angles, and a rejection of the very industrial principles of functionalism, straight lines, grids and repetitiveness of modern architecture. Instead the movement favoured organic forms of nature. Walls are curved, roofs are vaulted, and flowing lines and swirls are intended to give the impression of energy coursing through the buildings to convey the sense of primordial forces that gave form to human beings. Inside is a twisting and turning labyrinth of imposing concrete staircases, and hallways of angles and curves.

Initially founded in 1912, the Anthroposophical movement arose out of dissatisfaction with an increasingly rationalistic, technological approach to society and culture at the beginning of the twentieth century. It sought a return to a holistic and creative approach to living that underscored the importance of the spiritual. The principles of Anthroposophy were made manifest through its architecture which strove for liberation from architectural constraints, as the movement itself strove for liberation from external authority. 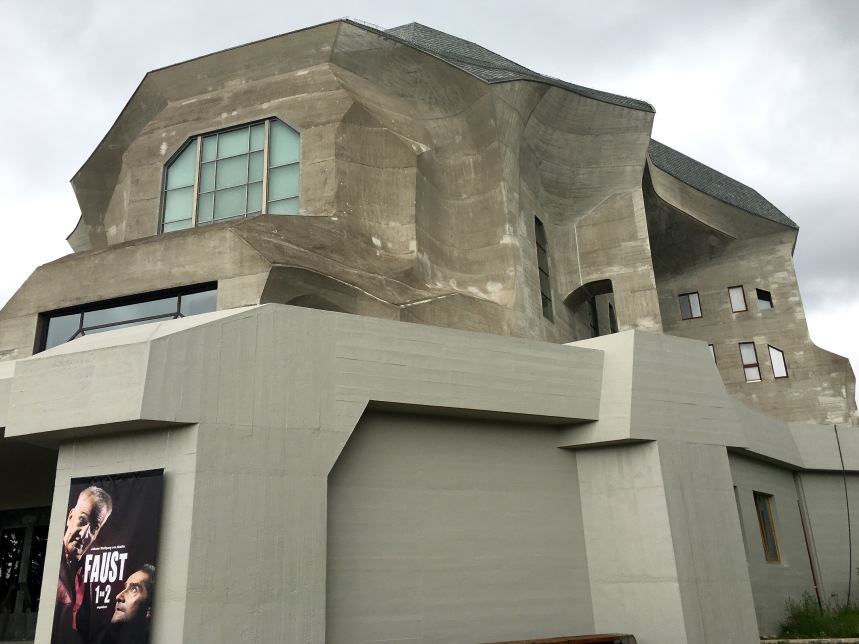 The first Goetheanum, designed by Steiner in 1908 and built over ten years out of concrete and wood, opened in 1920. It burnt down in 1922 before it was fully realised, soon giving way to the second Goetheanum in 1923, also designed by Steiner, which was wholly built of cast concrete and is the one you see today. The surrounding village of Dornach is made up of 180 buildings—all built according to the principles of Anthroposophy—which include the movement’s educational and research centres. Steiner designed a dozen of these built structures, principally residences in and around the colony, a few of which are pictured below.

Dornach is a must-visit destination for architecture fans and Steiner devotees (or just those searching for an almond milk latte) alike. 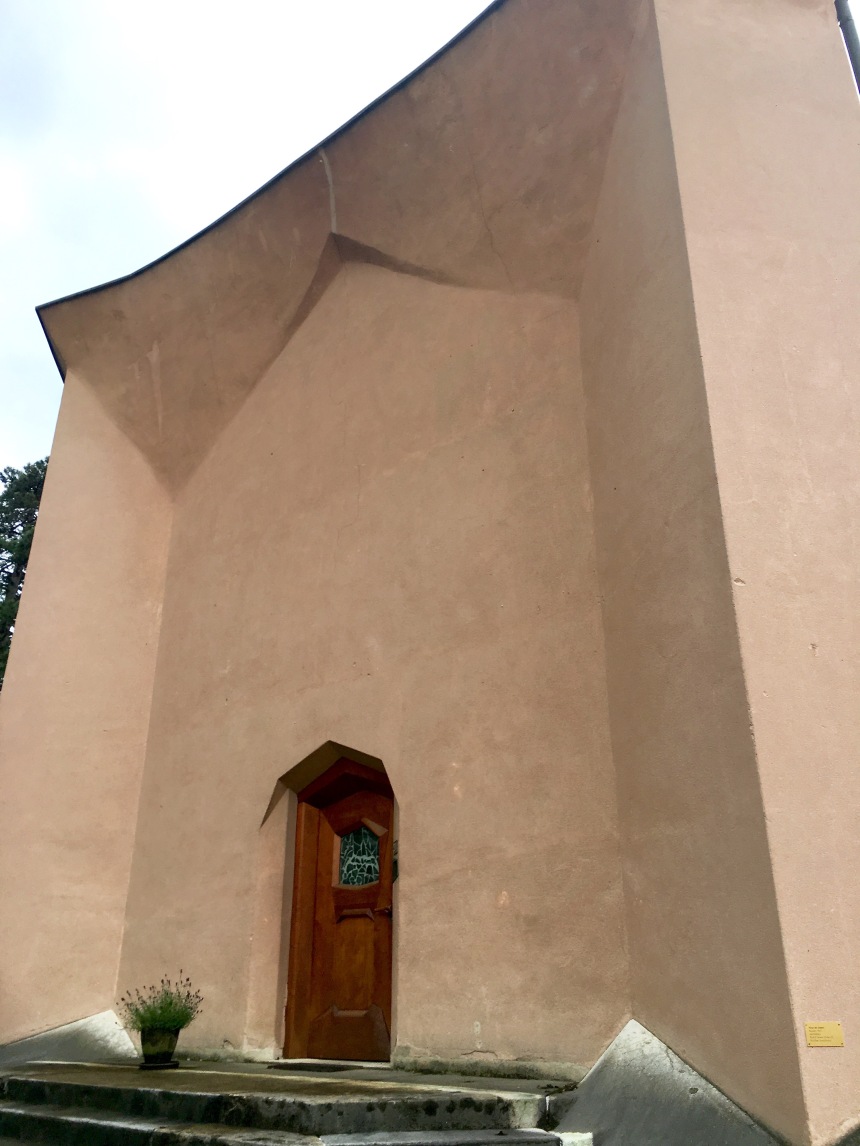