French urban art sensation and 2011 TED prize winner, JR, was recently in HK for the opening of his solo exhibition, ‘Pattern’ at Galerie Perrotin, and the unveiling of an incredible installation. It was absolutely inspiring chatting with him.

Rising to international prominence in 2005, during the Paris riots, with images of youth in Paris’ banlieues plastered over Paris’ suburbs, since then he’s been changing the world one poster at a time.

He’s plastered his gigantic portraits of ordinary people from across all walks of life on walls in the Middle East and the US, dangerous favelas in Brazil, bridges in Africa and on the façade of the Tate Modern in London, giving voice to countless voiceless and empowering the subjects of his photos to make their presence known. He has a knack for finding his way into grey areas- those places where NGOs, media, politicians and the public don’t go to or aren’t aware of- shooting up close with a 28mm lens people whose stories are often not told except from a safe distance.

His ‘Women Are Heroes’ project took him to Brazil, Africa, India and Cambodia, plastering the photos of women “dealing with the affects of war, poverty, violence and oppression,” across these communities. It was followed by a motion picture in 2010 included in the Official Selection of the Cannes Film Festival of the same year. His phenomenal ‘Face 2 Face’ project demonstrated “what we thought impossible, was possible”. Photos of ordinary Israelis and Palestinians, were stuck side by side on both sides of the security barrier, questioning both identity politics and the nature of the area’s ongoing conflict.

It’s JR’s passion, commitment and sincerity that most impresses me. I think of him as an art activist of sorts, although he modestly refers to himself as merely ‘an enabler’. “It’s the people in the streets that are the curators”, he insists. ” I wanted people to think that the art belonged to them.” Using the streets as his gallery, his giant portraits raise numerous questions about contemporary society, and put a human face to ongoing social and political issues.

JR unveiled his monolithic 16 portrait installation- part of his global ‘Inside Out’ project- across the Connaught Rd bridge on Tuesday simultaneously with his solo exhibition opening. The gallery was heaving with fans all waiting in line patiently for their chance to be snapped at the in-gallery photo booth for their Inside Out portrait. Now…where to paste them….?

Check out more on JR:
http://www.jr-art.net/

‘Inside Out’, Palestinian territories and Israel, 2011. Image courtesy of http://www.jr-art.net 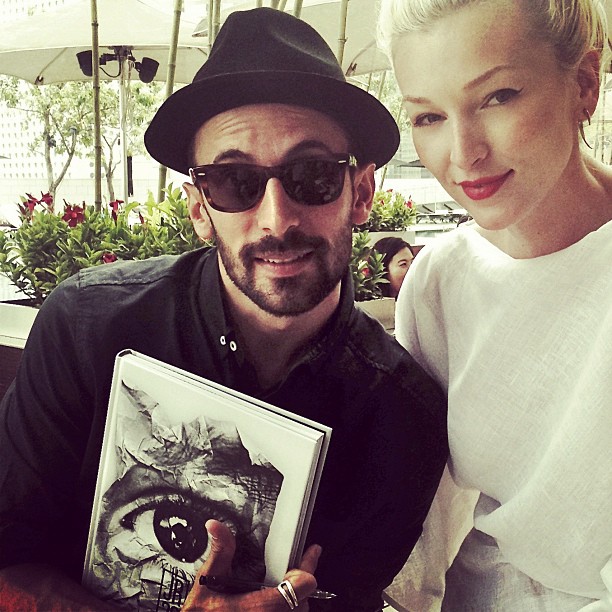 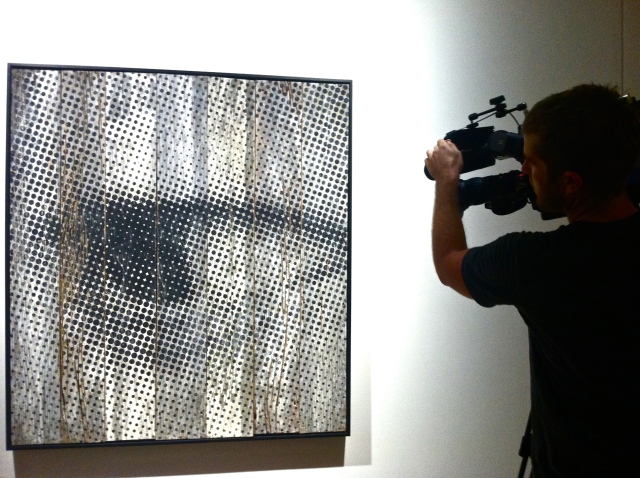 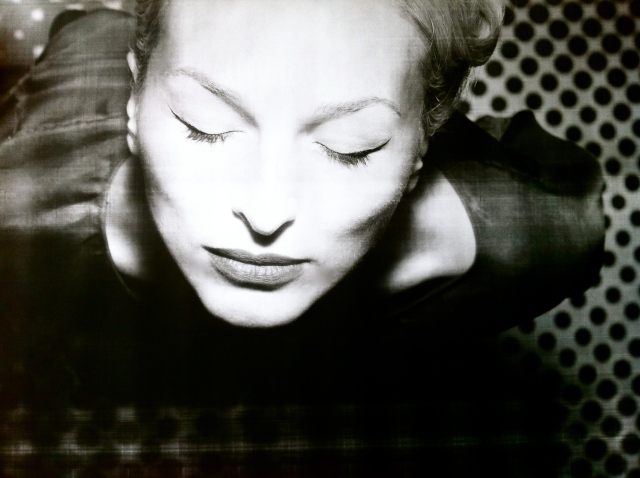 My Inside Out photobooth portrait at Galerie Perrotin HK, 2012