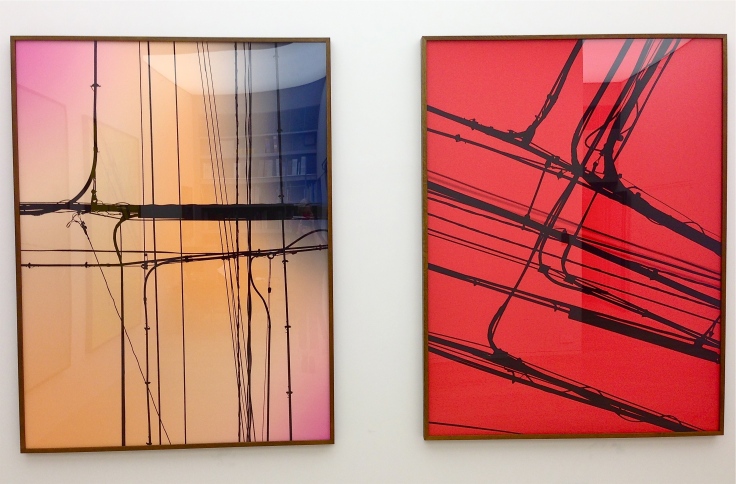 Portuguese-born Joao Peñalva is that rare thing in the art world- a refined renaissance man with the sensibility of a poet and intellect of a philosopher, endowed with the ability to woo both curators and critics, as well as collectors, with museological exhibitions heavy on concept and context.

Although he’s been a practicing artist for almost four decades, with a string of exhibitions and accolades — including representing Portugal in the Venice Biennale (2001), Bienal Internacional de São Paulo in 1996, and the DAAD Berlin Artist’s Residency in 2003-2004 — it was the dance world that first wooed Peñalva. In the early 1970s he studied ballet at the London Contemporary Dance School, and had worked with choreographers such as Jean Pomares and Pina Bausch. He turned to art in 1976, enrolling in the Chelsea School of Art, starting out first as a painter influenced by the works of Jasper Johns and Robert Rauschenberg. Since then the 64 year old artist has incorporated a variety of media into his practice including music, dance, film, writing, and archiving, resulting in works that are a palimpsest of events, memories, stories, fact and fiction layered one atop another. Guided by text-based narrative what Peñalva does with his exhibitions is force us to question what is art, what is real, and what is truth. Ultimately, the greater part of Peñalva’s body of work deals with perception and how we perceive things. It is art that will engage even the most attention challenged viewer, because all is not always as it seems.

For his Hong Kong exhibition at Simon Lee Gallery in Hong Kong, “Looking up in Osaka”, Peñalva moves away from much of the text driven work he’s become renowned for and reverts back to a simple visual mode of narration. A selection of photographs from a series comprised of over 300 photographs of utility poles and cables, taken in the Japanese city between 2005 and 2006, are hung on the gallery’s three walls, encircling the viewer. Bold, black, graphic lines, grids and knots, wind and zigzag their way across color saturated images. They are part photograph, part drawing, a masterful mix of ‘art languages’ and references. The works celebrate nothing more than the simple aesthetic of objects as mundane as electrical cables, objects necessary to our daily lives, but often completely overlooked. By forcing his, and our attention to them, he elevates these ‘ready mades’ from the ordinary to works that speak of the “spirit of a free man demonstrating an alternative approach to the landscapes of civilization and its cities.”

I dropped by Simon Lee Gallery last week and chatted with Peñalva about his career, the transition from dance to art and his most unconventional project yet.

Looking Up in Osaka
“I think about this exhibition as a painting project rather than a photography project, because I always looked at these things- these electrical cables- as drawings in the sky. The way I framed them, I drew on different references in art history. When I went to Japan I saw the possibility of photographing them in the sky and turning them into something that looks like an actual drawing … It’s really straightforward. I went there, took a lot of photographs and since 2006 I have been playing with a lot of color and looking at them as drawing. By now they feel like they are mine, like I drew them, but in fact I framed them. They were there. They are ready-mades really, a collection of ready-mades. I just recognized something that was there and that I appropriated. But nothing I’ve done for the past 15 years comes closer to painting than this. Of course it is photography, because of the way it’s printed – they are photographically based – but that’s the beginning of the process … I think the works are very dynamic like music scores. Yes, they are like contemporary music scores, like notations. But it’s all accidental. It’s a beautiful mess of powerlines. They’re like doodles related to movement, and the movement is very much related to dance. If you ask me what’s left of my previous career as a dancer, I think that it’s a very straightforward understanding of space. It’s something instinctive that comes from many years of practice. But, on the other hand, I am maybe more attuned to how things move in space and also in time.

Artists and Identity…
I’ve struggled with this for many years, people asking, so what is it that you do? I do many things – film, photography, painting- I’m skilled in many art languages. It’s such a cliché that you do one thing and that’s what you’re known for. It would bore me completely to be stuck doing the one thing forever. Of course, if you look at anyone very successful, there are very few people that have changed radically, because it’s branding . Many people feel that if I do something different from now, then they won’t know it’s me.

I remember when I was a student reading about painters in Japan in the 13th century. When painters became very well known they would start again. They would just disappear and come back with another name, start a career again. I though it was fascinating, to be able to be many artists at the same time. It’s very ambitious. To me it comes naturally. The problem would be to stick to one thing. The more familiar it becomes, the more difficult it becomes … Now I don’t feel any pressure to be a certain artist. The pressure was at the beginning, people saying “Oh, don’t go that way! That was successful, stick to that!” I remember with the Venice Biennale when I was exhibited, I destroyed the work. I never showed it again. I didn’t want what I did at Venice to be the thing that defined me. I’m always fighting this thing of being known for doing one work …

On Dance and the Solitary Artist…
In dance, I felt you were an instrument to someone else’s score. Of course, there is your interpretation but I really decided to stop dancing when I worked with Pina Bausch. I really didn’t find the works interesting, particularly coming from (Merce) Cunningham. I came across this German expressionist and thought, ‘My God! What am I doing here?’ It was interesting for a very short time and then I had to get out of there. I started looking at museums as a way of fighting the boredom, basically, and thinking that visual art has a completely different attitude to work. Everything is created from, well … nothing. You are not being told what to do, and within that plot you have a certain creative freedom. I wanted to be a painter, mainly because painting was something I could do by myself, not with 26 people. When you’re a dancer, even if you want to do a solo, you need 10 people – the person who does the lights, the sound, costumes. It’s a completely social situation. As an artist, you’re in your studio, you close the door, you’re by yourself and no one interferes. It’s such freedom to be totally alone. I did that for 20 years, but in the end I got bored and it was time to move on. I felt the need to do films where you need the expertise of other people and collaboration to produce what you want. The idea of a studio now seems completely artificial to me, this artificial space where you ‘create’. I started feeling very lonely. My studio is in my head, I can think of anything and I get things produced. I can create when I’m on a train, or on a plane. Ideas come to me when I travel.

Whistling Stravinsky…
I have a few big projects on. A film that will get finished next year, a museum show for Norway. But I’m waiting to find out if I’m going to have this fantastic appearance at Royal Festival Hall … in the toilets! [laughs]. It will be a performance of kinds. You know that I whistled the entire “Rite of Spring”? I’m the only person in the whole universe who has whistled the complete “Rite of Spring” … I haven’t had the confirmation yet, but they want to do it. It would be a great honour to play in Festival Hall, with my whistling in the toilet. You know, I was researching Stravinsky before this project, and I found this short film where both Stravinsky and Balanchine are talking to each other, completely drunk. And Balanchine was saying to Stravinsky, “Just imagine! Your work was such a scandal and considered so difficult and now everyone knows it”, and Stravinsky says, “Yeah, they whistle it down the street, they whistle it in the shower”. I thought, this is fantastic! Whistle it in the shower! And that was my approach to the piece, to whistle like you would whistle ‘Strangers in the Night’. But it was extremely complex and I had to whistle it every day … thousands of times. I worked with a musician, I recorded it over about 15 recording sessions because it was so complicated. I can’t wait to have it in my CD collection! So, now I may perform at a festival in the toilet.” 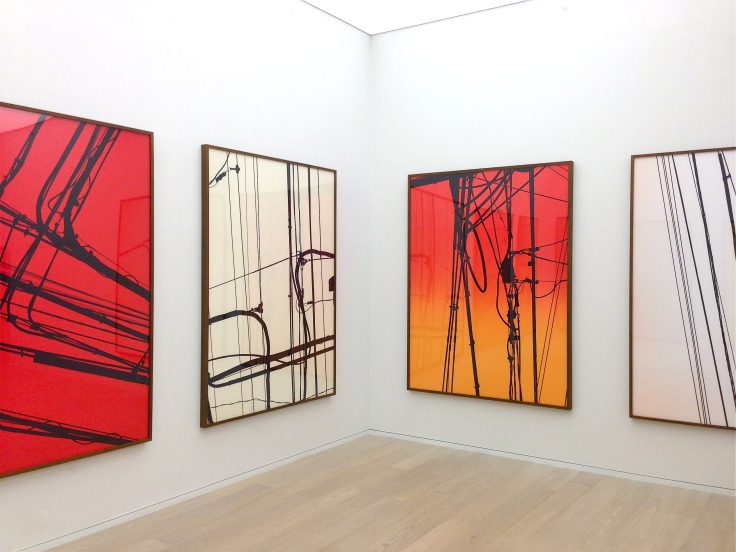