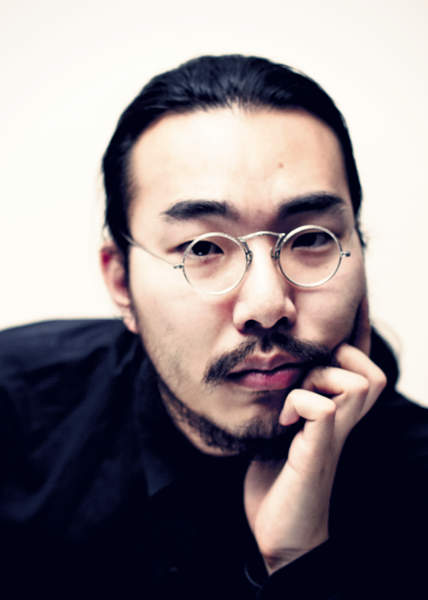 You may not know his name yet but you’ve most certainly seen his shoes.

At only 28 years of age the self-taught Japanese shoe designer Noritaka Tatehana has become a cult designer of extreme footwear for those who prefer their style avant-garde and unique. His gravity-defying vertiginous heel-less platform shoes are favoured by both Lady Gaga and Daphne Guinness, who certainly know a thing or two when it comes to spotting new talent and pushing the boundaries of fashion. His Fall/Winter 2010-11 collection was acquired by the New York Fashion Institute of Technology for their permanent collection, ensuring that the designer is one we’ll be hearing a lot more of.

Tatehana started designing and creating shoes and garments when he was only 15. Skipping a conventional fashion education he honed his ideas and techniques in art school instead where he focused on weaving and dyeing of kimonos, skills which are evident in his creations today. His fetishistic shoes are at once futuristic and charged with historical significance, derivations of the high wooden clogs of the Edo period in the 19th century worn with Japanese kimonos, and of 16th century Chopine platform shoes.

I caught up with Noritaka a while ago to try on some of his wonderful, and remarkably comfy (yes, they really are), sky-scraping (at 10 inches) creations. All of Noritaka’s custom-made shoes are carefully handcrafted from beginning to end using a selection of leathers and materials, and personalised with the client’s name on the inside, making each pair one-of-a-kind luxury. Using yuzen, traditional Japanese methods of dyeing, and embossing, the designer’s shoes look like beautiful sculptures. Collapsing the boundaries between fashion, art and crafts Tatehana wants the wearer to see his creations as decorative and wearable objects of art. “Many people think art is more valuable than fashion or business”, he states. “That is not true. Fashion is interactive, open, direct, assuming a specific customer, which art rarely does.” Stepping away from the conveyor-belt mass-manufactured goods marketed as luxury, Tatehana embraces an old world artisanal approach to create bespoke otherworldly creations that look as marvellous on a pair of feet as they would in a modern-day wunderkammer.

Translating for Tatehana, my chic friend and fan of Tatehana’s designs, Sena Wakabayashi, says that, “Noritaka’s shoes are about making yourself distinct by the way you dress, which is something that’s lost these days. Everyone is trend obsessed, even a lot of retail spaces. You can’t differentiate one from the other. His focus is to create a core following of fans and friends. It’s not about numbers but about people who appreciate presentation and the way they dress.” And they’ll comfortably place you several heads above the rest too.

With prices starting at US 10,000 and a waiting list of up to 5 months, these are shoes for the most diehard of shoe lovers. Look out for the rumoured ready to wear line in the making.

For details on where to find Tatehana’s shoes visit http://noritakatatehana.com/boutique.html