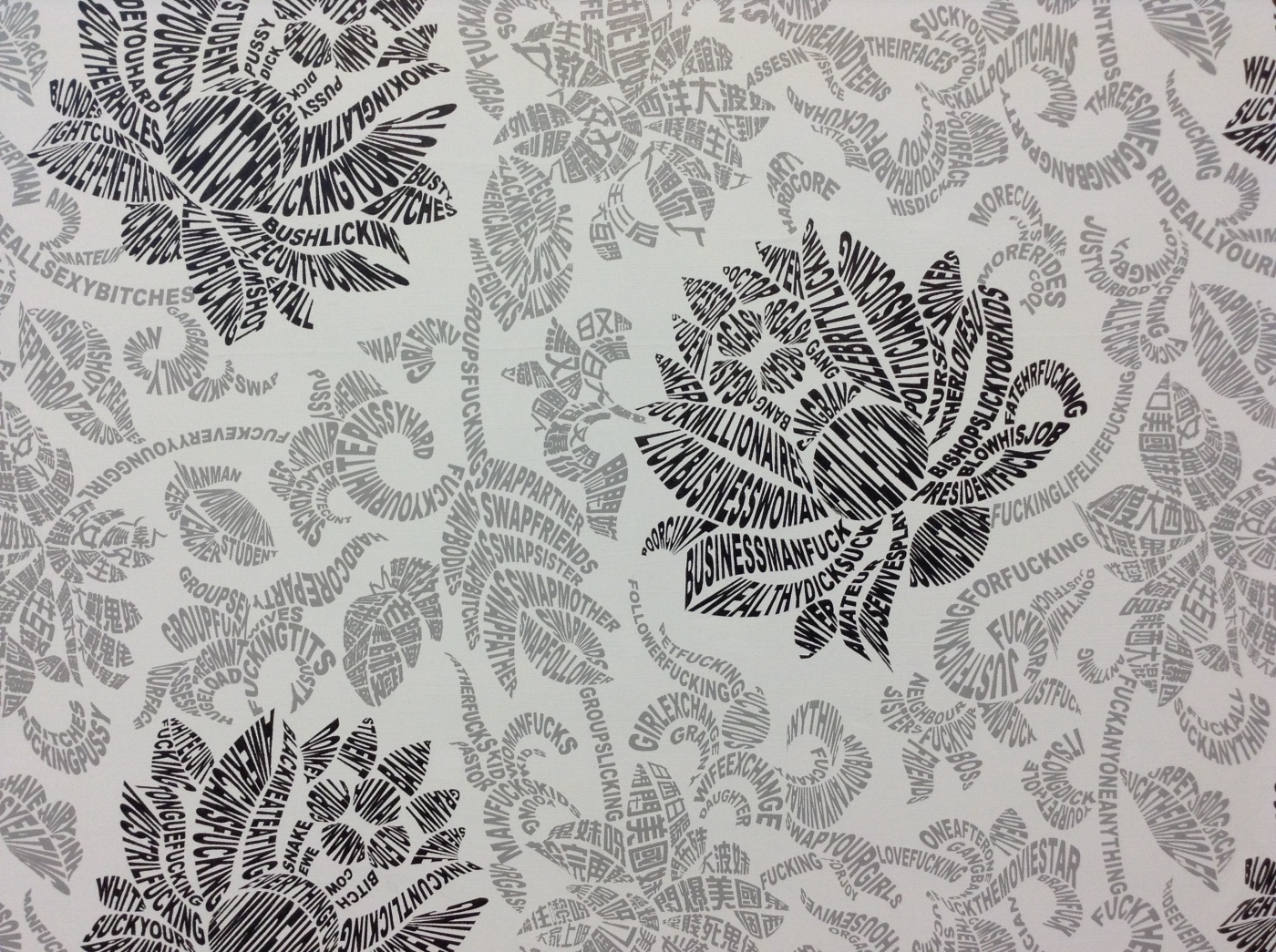 A record number of art exhibitions are opening in Hong Kong to coincide with this week’s Art Basel HK launch. Among them is Lehmann Maupin who recently previewed their first group show, ‘Writings Without Borders’, by the renowned international curator Herve Mikaeloff.

Featuring the work of 11 artists from around the world, including Barbara Kruger, Tracey Emin, Hong Kong artists Pak Sheun Chuen and Tsang Kin-wah, the exhibition gives a broad overview of working with language and signs. “Hong Kong is a city where the world meets; a city where many languages are spoken, read and written. Streets in Hong Kong are full of signs in different languages. This was the source of the exhibition’s title”, says co curator Pierre Lefort.

Highlights include Kin-wah’s William Morris inspired decorative screen print that draws you in with its repetitive hypnotic florid patterns, only to confront you with a litany of harsh obscenities as you draw closer, designed to challenge and provoke questions about the material obsession of contemporary society. Eli Nugroho, a participant in this year’s edition of the Venice Biennale Indonesian pavilion, created a series of snapshot embroideries drawn from mundane photos of various trips abroad. Hung together as a series they look like pages of a visual diary, documenting his everyday life. Then there’s the work of Kruger whose previous career as a designer and picture editor in fashion magazines left her well equipped for a career as a conceptual artist, using text to criticise mass media and consumerism and explore questions of identity and gender.

Join the Pedder-philes at Pedder Building tonight from 6pm for the official opening of this and a slew of other gallery exhibitions including Gagosian, Pearl Lam Gallery, Simon Lee, Hanart and Ben Brown Gallery.

One thought on “‘Writings Without Borders ‘ at Lehmann Maupin”